Whether you take it or not, the computer is one of man’s greatest blessings to himself! The computer has stayed relevant since its inception. How? Let us take a quick jog down memory lane…
The computer age has metamorphosed and passed through different phases of development. Firstly, we had the introduction of these powerful machines that could solve complex problems and calculate mathematical equations faster than any known machine… these machines were called COMPUTERS. They were not as portable and cool as we know them today. They were huge masses of; metals, plastic, silicon, complex meshes of wires and boards and so on. Individuals could not own or use them. They were owned by corporations and used by teams of scientist. What a world?!
With the intervention of Microsoft, IBM and Apple; we had the introduction of the age of the Personal Computer. Individuals now owned smaller computing machines… which also came cheaper than the macro computers. These personal computers solved both the complex and everyday problems of man; from playing music files to generating answers to complex algorithms. The world was changing!
Then we learnt how to connect computer to computer; via a system of networks. And the intranet age and the internet age were born. From the comfort of your home or office, you could access tons of information stored on servers a millions miles away. Meeting people became easier. Sending and receiving mails became faster… indeed the world became a global village!
Then came the mobile age… before, we had “fixed computer”; in our homes, offices, schools etc. Now, we had them in our pockets, on our wrists, pretty much everywhere around us. The mobile age birthed all things smart and beautiful; smart watches, smart phones, tablets, laptops, smart TVs, smart cameras. Internet enabled mobile devices were smaller than the Personal Computers and even as powerful (some, even more powerful). What a time to be alive?!
We are still in the mobile age; but things have definitely changed. With the mobile age came the first phase of adventure- the social media age. We can connect with people all around the world via different platform, with our mobile devices. I can have a video chat with a friend in Canada, while I’m in Nigeria… so cool! The social media age made the internet very relevant and increased its demand everywhere. Then, the second phase- the application (app) age. There is basically an app for everything now! There are countless numbers of apps for- education and learning, business, communication, entertainment, family, finance, games, health, movies, magazines and newspapers, shopping, social media, sports, tools, travel, weather, religion and faith… the list is endless. Herein rests my contemplation.
Join me in the next piece.
Facebook Twitter LinkedIn Pinterest WhatsApp Telegram Share via Email Print 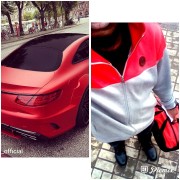 ABORTION: MOTHERS WOULDN’T DO IT IF THEY SAW THIS